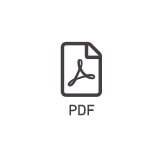 Notify me when back in stock

Please tick this box to proceed.

PREORDER YOUR KIT! As these kits contain quite a lot of yarn, we order every week to make sure that we have enough. Call us on 02 9554 7444 or contact us to Pre-Order.

Crochet along with Deb with this kit which contains all of the yarn you need to complete Deb's large version of Sophie’s Universe by Dedri Uys. This project is so much more than just a continuous square blanket... it's a journey of discovery. Although the pattern is advanced, it has been written specifically for adventurous beginners.

Sophie’s Universe was a mystery crochet-along (CAL) hosted in 2015 by Kimberly Slifer and designed by Scheepjes Blogger Dedri Uys. The CAL started on the 18th of January 2015 and ran for 20 weeks, with parts being released weekly on a Sunday. Even though the CAL has now finished, the online community around it is still thriving and it is not hard to find a group where someone is making Sophie, either individually or together.

To reminisce and create new memories, in 2020 Scheepjes hosted a ‘Summer Reunion’ and very special Sophie’s Universe 5 Year Anniversary Make-A-Long. During the 2020 MAL, designer Dedri took crafters on a wonderful trip down memory lane. She shared photos of the original Sophie’s Universe and some new colourways made especially for the anniversary celebration by herself and some of her dear friends to help inspire crafters! The Summer Reunion & MAL ran from 1 July to 31 July 2020, and was be hosted in the Official Scheepjes Facebook Group where participants received help from Dedri as well as fellow crafters around the world on how to get started with a Sophie’s Universe Blanket. This group is the place where crocheters can continue to share their already made blankets and/or share their new make with fellow crafters from around the world!

Thousands of crocheters have already created their own Sophie’s Universe blanket, with over 7000 projects on Ravelry. It is a crash course in crochet and a wonderous adventure! The complete pattern is available so all crocheters can craft at their own pace. Find out all about it on Dedri's blog. Followed by thousands of people, ranging from complete beginners to experienced crocheters, Sophie’s Universe is a crash course in crochet and a wonderful adventure! Above all, Dedri's goal with this pattern has always been to show people that every stitch is ‘just a stitch’, and to help crocheters learn the skills that will allow them to approach any complex pattern with confidence.

The pattern for Sophie’s Universe is available as a free 20-week crochet-along.  It contains step-by-step photos and helpful hints. It is supported by detailed videos from the talented Esther Dijkstra (the links for which can be found at the start of each part).

The FREE downloadable pattern for Sophie’s Universe is listed on Ravelry in English (US), Arabic, Danish, Dutch, French, German, Russian, Spanish, and Swedish and is also available via Dedri’s blog here.

The pattern for Sophie’s Universe is also available as a 216-page step-by-step crochet book available on our website here. In the book, each round is explained in detail, with step-by-step photos and hints to help you create your blanket and master the art of crochet.

Deb has created her own version of this wonderful project, using Fiddlesticks Finch and beautiful Scheepjes Stone Washed XL. You can also see our other kits for this stunning blanket here.

This kit contains enough yarn for Deb's version of Sophie's Universe, which has an approximate finished size of 1.8m x 1.8m. Plus you'll save 10% off the full price of the yarn.

Please note: Deb hasn't finished her blanket yet so the PDF of the colour layout isn't complete (it's up to round 63). As Deb works on her blanket, we'll update the colours for rounds 64 and onwards. This PDF can be found in the brochure section above underneath the main image and you can open it and download from there.
Please also note that yarn quantities are an estimate as Deb is still to finish her blanket. You may need to purchase one or two balls more to complete your blanket project, depending on your crochet gauge.

Be The First To Review This Product!

Help other Skein Sisters users shop smarter by writing reviews for products you have purchased.

Make 4 interest-free payments of $74.50 fortnightly and receive your order now.

More From This Category 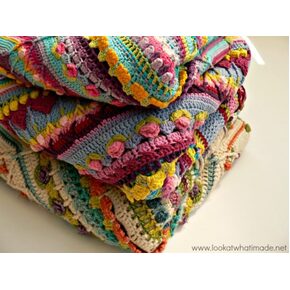 WE VALUE AND RESPECT THE PRIVACY OF OUR CUSTOMERS HENCE THE MANAGEMENT OF THE INFORMATION WE COLLECT IS IMPORTANT TO US.

This privacy policy sets out how Skein Sisters uses and protects any information that you give Skein Sisters when you use this website. Skein Sisters is committed to ensuring that your privacy is protected. Should we ask you to provide certain information by which you can be identified when using this website, then you can be assured that it will only be used in accordance with this privacy statement. Skein Sisters may change this policy from time to time by updating this page. You should check this page from time to time to ensure that you are happy with any changes.

We may collect the following information:

Add your favourites to cart

Your purchase will be split into 4 payments, payable every 2 weeks

All you need to apply is to have a debit or credit card, to be over 18 years of age, and to be a resident of country offering Afterpay

Late fees and additional eligibility criteria apply. The first payment may be due at the time of purchase
For complete terms visit afterpay.com/terms 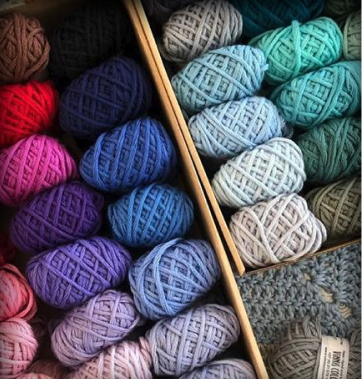 We send our newsletter out every Friday afternoon. Be the first to find out about new stock, classes and hear all our latest news.